The other day I had a doctor’s appointment for an annual routine exam. After the nurse took my vitals, she left the room.

I said my usual prayers of protection to protect myself from whatever this negative energy was. I also said Shiva mantras of protection like I normally do.

Ahead of time, I’d I also turned on my Archangel Crystal Light portal unit in my purse I keep in a pouch. I do this whenever I am out of the protected sanctuary space of our home so that the blessed Archangel signaling frequencies signal the Seraphim Angel Healing Team any information that could help to protect me energetically. I’m glad I had that turned on!

However, that negative energy I sensed come into the room was a pretty tenacious one. What followed was me getting bombarded by the female Russian doctor’s lectures about how I should get certain types of more invasive testing done, even though everything checked out normal with my body. (Nothing against Russians and nothing against this doctor personally either. Just stating the facts of what happened).

The western medical system is getting more chaotic and fear-based; it seems.

Empath’s and Sensitives can feel if something is “off” kilter within the energy field around them.

The more Chakra Cleansing & Blessings Sessions I have, the more tuned I become to the energy and frequencies around me.

After getting totally and utterly hen-pecked with negative energy by this doctor, my energy field felt like a big dark Granade had ambushed it on the right-hand side of my energy field.

I was super strong in her office. I held my ground energetically and verbally by stating my boundaries for what I wanted to have done (or not done) as far as testing.

Since everything checked out as normal with my body, it’s absurd to me that doctors can go to the extremes with doing invasive testing when it isn’t necessary and could potentially cause adverse side effects.

It makes me think that doctors and nurses are programmed to over test due to big corporations wanting to make money off diagnostic machines and equipment.

With that said, I understand some tests are a good idea and necessary in a lot of cases based on what a person needs them for.

I think when a doctor uses fear tactics to pressure patients to do testing that may bring with it negative consequences for someone’s body, that’s where it can be detrimental for a person.

This doctor even admitted due to liability issues and lawsuits; they are trained to over-diagnose vs. under-diagnosed, so they don’t miss any cancers.

Over-diagnosing makes sense for a lot of people who aren’t taking excellent care of their bodies and who are at higher risk of cancer due to family history.

However, when someone is a Sensitive or an Empath it’s especially important to be aware of negative consequences that could happen from invasive tests or medications before deciding whether or not it’s the healthiest thing for their body.

By the time I got home, I felt sad and drained. I broke down in tears and was telling Jer about this experience I had in the doctor’s office.

Don’t get me wrong; I wholeheartedly believe in Western medicine. I feel it has a truly remarkable place in one’s array of self-care tools an Empath can do for themselves.

However, if you’re hunch is telling you otherwise, I think it’s just as important not to take authority figures words as gospel when it comes to medical care.

There’s always more research you can do and more opinions you can seek out with both Western and Eastern medicine doctors.

The results of what’s wrong with my body came down to being a little low in Vitamin D and Iron.

After seeking a second opinion and having another doctor order an Ultrasound instead of getting a CT scan with a contrast medium that may be damaging to the kidneys, the ultrasound revealed my kidneys are entirely healthy.

They may have passed a tiny stone or crystal at one point, but other than that, they are healthy.

Long story short, it’s so crucial for Empaths to do their due diligence with research and seek out more professional opinions as needed.

When I received an Archangel Crystal Light Overnight Healing the night of the doctor’s visit, I could see this dark energy attachment that was connected to this doctor.

It was a pretty negative one that likes to feed off the energy of her patient’s fear.

Because the doctor had done a physical exam on me, I could feel that my light body felt temporarily injured.

My light body felt disrupted the entire day as the tears kept coming.

It wasn’t until I received an Overnight Archangel Crystal Light healing session I finally felt better the next morning.

Thank goodness, I received a deep healing session by the Seraphim Angel Healing Team and Archangels to heal my auric field and emotional body.

They also uncorded the disruptive negative energy from my auric field so that it couldn’t gain access to me later.

The Seraphim Angel Healing Team removed the harmful frequencies that this dark energy emits to feed off people. The frequency of this negative energy emitted also seemed to want to cause emotional sadness and pain.

It’s pretty unreal energetically what goes on here on earth with all the different energies and beings that are here amongst us.

So grateful I can get healed so quickly now without injury to my emotions or light body becoming permanent.

It was such deep healing that I’d received. I needed to rest more the next day to finish integrating healing I’d received from the Seraphim Angel Healing Team and Archangels.

Many sensitives or empaths may have blamed themselves for crying afterward and for being too sensitive. That’s what negative energies want you to believe.

That’s what dark energies like this one wants the person to do; blame themselves so that their auric field becomes even more vulnerable and unshielded so they can gain access easier.

It’s almost unbelievable, yet it is so real and is happening every day here on earth.

That’s why it’s so important to have a way to get genuinely cleaned off from these lower frequencies that attempt to disrupt our energy system when we are at our most vulnerable.

Have you ever had a hard time shaking a painful or traumatic event off after it happened?

Most likely during those times is when these darker negative energies have attempted to wreak havoc on you so they could receive more fuel for themselves.

When one is sensitive, they feel this disruptive energy even more than other people who aren’t empathic.

Others who aren’t Empaths may still have physical symptoms as well, such as headaches, feeling sick to one’s stomach, not being able to get out of bed, having flu-like symptoms out of the blue when no one has the flu.

It’s essential to dissect and look at what’s best for yourself physically, mentally, emotionally, and ETHEREALLY.

The etheric, spiritual, or light body is what’s most missed or overlooked.

The more you’re able to get cleared off from these negative energies, the more intuitive you become. The more you awaken, the more you can psychically see what’s happening energetically with yourself.

I believe in awakening; one must be willing to look at both the positive and negative of what’s happening energetically.

Spiritual awakening occurs as the archaic filters about reality get cleared.

PS Also so thankful that all my bloodwork panels are completely normal now after seeing the Oriental Medicine Doctor.  Eastern Medicine is AMAAAAZING! 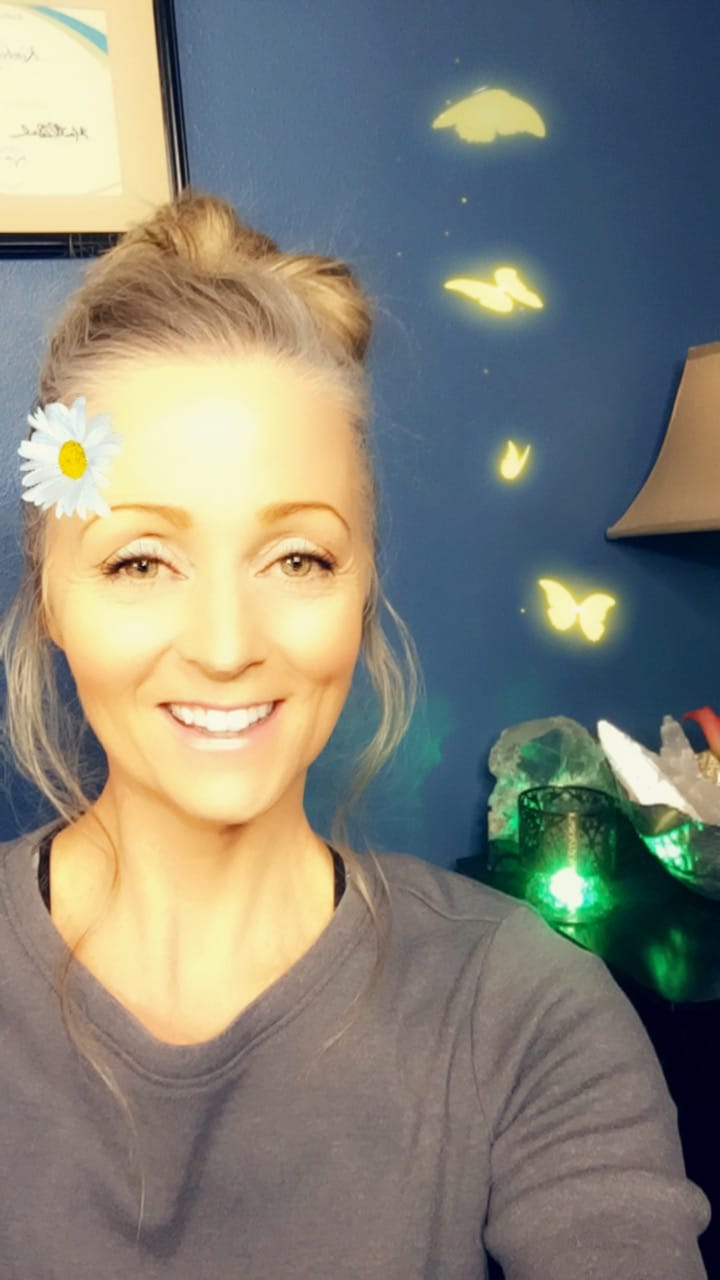 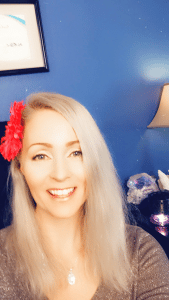 Kimberly is an Archangel Frequency Intuitive Who Specializes in Emotion Healing.

She’s also the author of 365 Days of Archangel Messages,  Empath Survival Journal, and the inventor of the Archangel Crystal Lights.

Kimberly's Archangel Crystal Light Healing Sessions awaken and connect you to the purest source of Divine love and light because her higher self is a Seraphim Angel and works closely with the Archangels on the higher ascension levels. If you are ethereally connected you will feel this to be true deep within.

If you've never experienced any of Kimberly's services, you may want to get a 20-minute Audio Angel Reading. 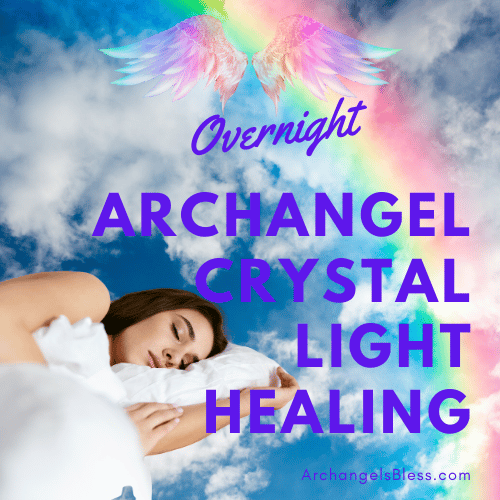 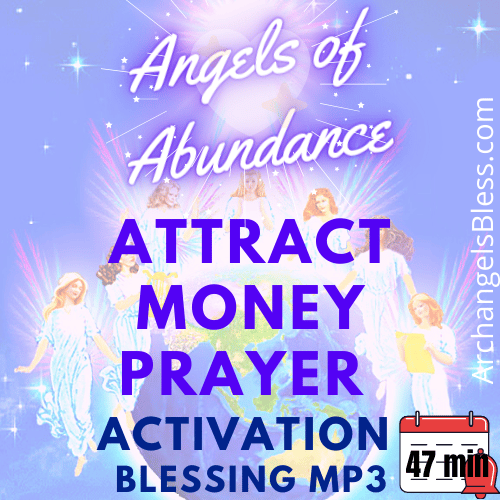 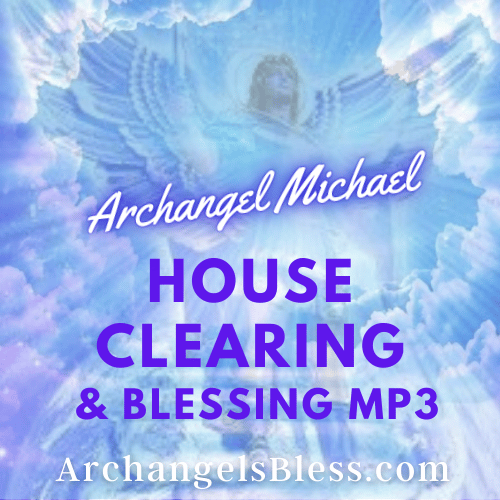 Kimberly is an Archangel Frequency Intuitive Who Specializes in Emotion Healing.

She’s also the author of 365 Days of Archangel Messages,  Empath Survival Journal, and the inventor of the Archangel Crystal Lights.

Kimberly's Archangel Crystal Light Healing Sessions awaken and connect you to the purest source of Divine love and light because her higher self is a Seraphim Angel and works closely with the Archangels on the higher ascension levels. If you are ethereally connected you will feel this to be true deep within.

If you've never experienced any of Kimberly's services, you may want to receive an Overnight Archangel Crystal Light Healing Session because they help with emotional healing, reduce stress, and bring in peace and calm.